Wood Vinegar is a natural extract from woods. It is used in agriculture and animal fodders. It is a good choice for organic farming. The natural contents make it an attractive alternative to chemical pesticides and fertilizers. Furthermore it is non-toxic and biodegradable.

The concentration of agro-chemicals or liquid fertilizers can be reduced by 50% if it is diluted in a 500 times dilution solution of wood vinegar due to its higher permeation. This will greatly reduce the use of agro-chemicals.

There are many more benefits of wood vinegar that can be found within this website and we encourage you to explore and learn more about wood vinegar and its benefits.

The effects of chemical fertilizers are not widely spoken about. This is partially because they are largely untested. We understand there is a risk of groundwater contamination and the environmental issues that brings, but we’re still not entirely sure what it means for our own health, so other than trying to buy as much organic as possible, we just kinda shrug our shoulders at it.

To really understand this issue, we need to understand what chemical fertilizers actually do.

Fertilizer is any substance used to add nutrients to the soil to promote soil fertility and increase plant growth. Notice how nothing in there mentions the actual soil health; that’s because not all fertilizers are made the same and not all are healthy for the soil.

Soil health relies on a balance of macronutrients and micronutrients, as well as microbial health. It’s vastly more complicated than simply adding nitrogen, phosphorus and potassium (NPK) to the ground and calling it a day.

Why doesn’t this work? Because science doesn’t always get it right. In the past scientists once thought food only consisted of macronutrients, but have since discovered micronutrients, antioxidants and so on. The same goes for soil health: scientists have focused almost exclusively on NPK since their “discovery” in the mid-1800s. It’s this reductionist science that has us assuming we understand the chemistry of Nature and soil and thinking we can solve it with a quick application of chemical fertilizers.

The biggest issue facing the use of chemical fertilizers is groundwater contamination. Nitrogen fertilizers break down into nitrates and travel easily through the soil. Because it is water-soluble and can remain in groundwater for decades, the addition of more nitrogen over the years has an accumulative effect.

At the University of Wisconsin, Madison, they discovered the effects of chemical fertilizers are compounded when mixed with a single pesticide. They discovered altered immune, endocrine and nervous system functions in mice, as well as influence on children’s and fetus’s developing neurological, endocrine and immune systems. These influences “portend change in ability to learn and in patterns of aggression.”

One popular fertilizer, urea, produces ammonia emanation, contributes to acid rain, groundwater contamination and ozone depletion due to release of nitrous oxide by denitrification process. With its increased use and projections of future use, this problem may increase several fold in the coming decades.

Excessive air- and water-borne nitrogen from fertilizers may cause respiratory ailments, cardiac disease, and several cancers, as well as can “inhibit crop growth, increase allergenic pollen production, and potentially affect the dynamics of several vector-borne diseases, including West Nile virus, malaria, and cholera.”

Perhaps one of the scariest effects of chemical fertilizers is something called methemoglobinemia. In infants it is alternatively known as Blue Baby Syndrome. The risk most often occurs when infants are given formula reconstituted with nitrate contaminated water. The condition causes a decrease in oxygen in the blood and results in a blue-grey skin color, causes lethargy and/or irritability and can lead to coma or death. I’ve been unable to find whether the same risk exists for breastfeeding babies whose mothers drank contaminated water.

Nitrogen groundwater contamination also contributes to marine “dead zones”. The increase in the water-soluble nitrates creates an influx of plant-life, which eats up oxygen and starves out fish and crustaceans. This has an impact not only on the aquatic ecosystem, but on local societies who depend on food sourced from those areas.

Unfortunately, as unsustainable farming and gardening practices continue our soil is stripped of its health and we depend on amendments even greater. This leads to some pretty negative effects of chemical fertilizers.

The arrival of humans in an area, to live or to conduct agriculture, necessarily has environmental impacts. These range from simple crowding out of wild plants in favor of more desirable cultivars to larger-scale impacts such as reducing biodiversity by reducing the food availability of native species, which can propagate across food chains. The use of agricultural chemicals such as fertilizer and pesticides magnify those impacts. While advances in agrochemistry have reduced those impacts, for example by the replacement of long-lived chemicals with those that reliably degrade, even in the best case they remain substantial. These effects are magnified by the use of older chemistries and poor management practices. 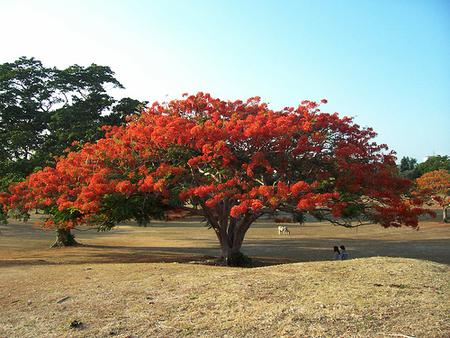 Archeological studies have found that pyrolysis liquids were already used in the time of the Neanderthal. Wood Vinegar and other slow pyrolysis liquids are produced as a by-product of charcoal manufacture. However, future environmental concerns may highlight a new direction with pyrolysis liquids replacing synthetic chemicals in the form of pesticides and biocides known as Green Chemicals.

Directives and regulations related to the sustainable use of pesticides govern and direct plant protection strategies toward a lower use of synthetic chemicals. It is hoped that many mega trends of global policies will boost the use of plant based products given that a reduced reliance on fossil fuel is a general target in the global food and feed production economy. The importance and social impact of pyrolysis technologies will be enhanced because it is a practicable technique in the sustainable use of wastes and biomasses

Use of plant derivatives in agriculture dates back at least two millennia to ancient China, Egypt, Greece and India. Wood Vinegar has a long history and has been used daily in Japan as a result of numerous health claims relating to this product. Since the 1930’s, wood vinegar has been used in agriculture as a fertilizer and growth promoting agent. The characterization of liquid products from pyrolysis has been continued for a long time. The products contain many organic components and the composition is very complicated. During the last twenty years the interest has been mainly focused on the liquid product from fast pyrolysis.

The main organic components of wood vinegar are methanol and acetic acid. Other components are acetone, methyl acetone, acetaldehyde, ally l alcohol, furan and furfural, and formic, propionic and butyric acids. Other compounds that are also present  are aldehydes, phenols, ketones, acids and esters.

Firetree Wood Vinegar is a complete plant based extract produced from the carbonization of wood. The condensation of the gaseous substance during the process of carbonization gives a light amber solution with a distinct smokey odour that is known as pyroligneous acid or wood vinegar. The solution contains more than 200 natural compounds such as organic acids, minerals, and other complex organic compounds found only in plants.

Since the components of wood vinegar are naturally organic, it is highly suitable for use in organic and hydrophonic farming, as well as for conventional farming. Firetree Wood Vinegar is extracted entirely from trees, it contains all the macro- and micro- nutrients that trees have extracted from Mother Earth. It contains none of the poisonous or toxic ingredients of some similar chemical products. The product presents no health risks to the end user and is a naturally effective product.

The wood vinegar solution contains macro-nutrients such as magnesium, sulphur, phosphorus, calcium and potassium along with micro-nutrients. By applying wood vinegar to plants, we are effectively recycling and returning the macro and micro nutrients absorbed by trees back into the soil.

Firetree Wood Vinegar is a natural product extract from hardwood. It is a good choice for organic farming. The natural contents make it an attractive alternative to chemical pesticides and fertilizers. It is non-toxic and biodegradable.

Wood Vinegar has been long known to be very effective against nematodes. It kills nematodes directly as well as propagates microbes that feed on them. The high acidity, methanol and phenol content have strong bactericidal effect at a high concentration, such as 50 to 100 times dilution. This is mainly due to the effect on the metabolism by the main element, acetic acid. Acetyl co-enzyme is produced by plants and microbes from acetic acid.

Through the TCA cycle, actyl co-enzyme is converted into citridic acid, malic acid, fumaric acid, succiris acid and other elements that are necessary for the plantand microbes. This is the main reason behind the propagation of microbes.

Through foliar application, some bacteria are killed by direct contact and the changes of the microbiological population deter the propagation of pathogenic bacteria. The acidity on the leaves surface also deters propagation. However, the most remarkable effect of foliar application are the increase in resistance of the leaves against pests and diseases and the increase in the effectiveness of agro-chemicals.

Through foliar application of wood vinegar, the leaves become shiny and darker in colour. This is due to the increase in chlorophyll through the effect of ester in the smoke water which promotes photosynthesis. This ester also helps in the formation of sugar and amino acids. This results in better and sweeter tasting product. The healthier leaves naturally have a stronger resistance against pests and diseases.

Furthermore, wood vinegar accelerates the process of transformation of nitrogen to amino acids. This will stabilize the formation of methionine , and as a result, oxidized etheriene is also produced. These processes contribute to higher plant resistance against various diseases.

At 500 times dilution, wood vinegar can reduce the cluster value of water to 1/3. This means that the water is activated and can be easily absorbed by the plants, because water with a low cluster value is in a very small mass. Each of these masses will hold one or more mineral elements that can be easily absorded. The concentration of agro-chemicals or liquid fertilizers can be reduced by 50% if it is diluted in a 500 times dilution solution of wood vinegar due to its higher permeation. This will greatly reduce the use of agro-chemicals.

This product should not be used with alkaline chemicals.